The Federation of Obstetric and Gynaecological Societies of India (FOGSI) is the professional organization representing practitioners of obstetrics and gynecology in India. With 262 member societies and over 37,000 individual members spread over the length and breadth of the country, FOGSI is probably one of the largest membership based organizations of specialized professionals.

FOGSI came into formal existence in Madras on January 6, 1950 at the sixth All India Congress of Obstetrics and Gynaecology, when the obstetric and gynecological societies of Ahmedabad, Bengal, Bombay, Madras and Punjab resolved to form themselves into the Federation of Obstetric and Gynaecological Societies of India. It was further resolved that the Federation be registered and headquartered in Bombay. The launch of FOGSI as the national organization of obstetricians and gynecologists followed five earlier All India Congresses, the first of these held in Madras in 1936 and organized by the then existing three obstetric and gynecological societies at Bombay, Kolkata and Madras.

We have another website member.fogsi.org where members can update their details themselves.

The Journal of Obstetrics and Gynecology of India is the official publication of FOGSI and is published bimonthly and circulated to every individual member. It contains articles and contributions on fundamental research and clinical practice as also case reports of clinical interest.

With www.fogsi.org the official website, FOGSI has an important presence in cyberspace which works to promote and fulfill the aims and objectives of the Federation.

The Indian College of Obstetrics and Gynecology is the academic wing of FOGSI with over 1872 fellows. It was established by FOGSI on December 21, 1984 to further promote the education, training, research and knowledge in obstetrics, gynecology and reproductive health.

The Federation continues to hold the All India Congress of Obstetrics and Gynaecology, its annual conference every year in January for four days. FOGSI also organizes Yuva FOGSI, four regional youth conferences to promote and showcase young talent each year. Besides these annual conferences many academic activities go on round the year throughout the country with twenty seven subspecialty committees simultaneously working in their designated areas.

The Federation also collaborates with and partners the Government of India and is an invited reprehensive on all relevant policy making bodies of the government on issues related to women’s health.

FOGSI has close links and affiliation with international and regional organizations like FIGO, AOFOG and SAFOG, with many of its members having occupied prestigious positions in these organizations from time to time.

Each year FOGSI under the guidance the President selects a theme to highlight the importance of a particular issue related to women’s health. This permits focus with the involvement of the large membership, FOGSI’s greatest asset in addressing the challenge involving the particular issue. In recent years the unidimensional theme has now evolved into a philosophical directive.

The Federation is always conscious of the responsibility it shoulders and the important role it has accepted to work not just for it’s members societies and professionals, but in working to advocate and improving the health of women in our country thereby contributing to the wellbeing of India.

The Federation of Obstetric and Gynaecological Societies of India (FOGSI) is the professional organization representing practitioners of obstetrics and gynecology in India. With 262 member societies and over 37,000 individual members spread over the length and breadth of the country, FOGSI is probably one of the largest membership based organizations of specialized professionals.
Read more… 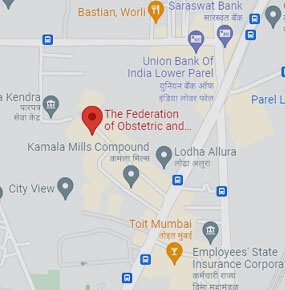